Awakening in Stillness and in Movement: A home retreat online together - Gaia House Retreat 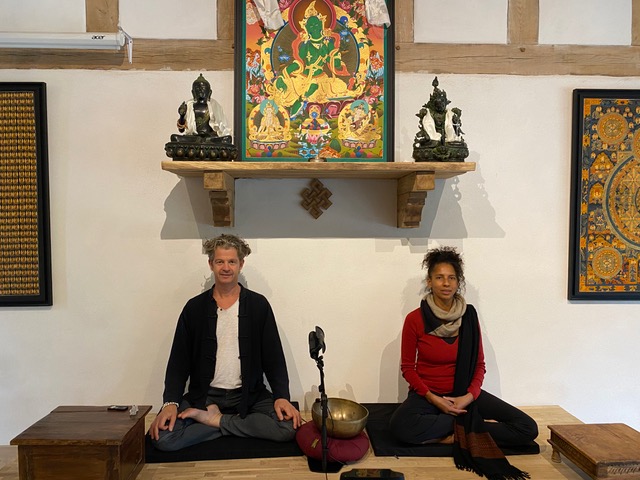 This retreat, cultivating mindful awareness and inquiry through meditation and movement practices, has been moved online. We will focus on the developing and deepening of meditative awareness and its integration into your home environment. This is a powerful opportunity to explore both the habitual patterns of home life, and the liberating possibilities of awakening in the midst of them. You are welcome to participate fully or partially as your availability allows.

GAIL AYLWARD attended her first retreat in Bodh Gaya in 1994. Since then she has lived and worked continuously in meditation centres, as well as bringing up her 2 children. In 2005 Gail became co-founder and director of Moulin de Chaves Meditation Centre in S.W. France. Alongside assisting Martin Aylward on some retreats, Gail is a qualified yoga teacher, offering yoga classes at Le Moulin and locally, emphasizing embodied awareness. She has been a student of the Diamond Approach since 2005.

Event is in progress

Weather data is currently not available for this location